We have a brand new, unique product in our offer – the AIO-CM4-156. An all-in-one desktop computer based on Raspberry Pi CM4 – easy to use, perfect for developers and makers who are accustomed to the Raspberry Pi and are looking for a computer they can use on a daily basis. 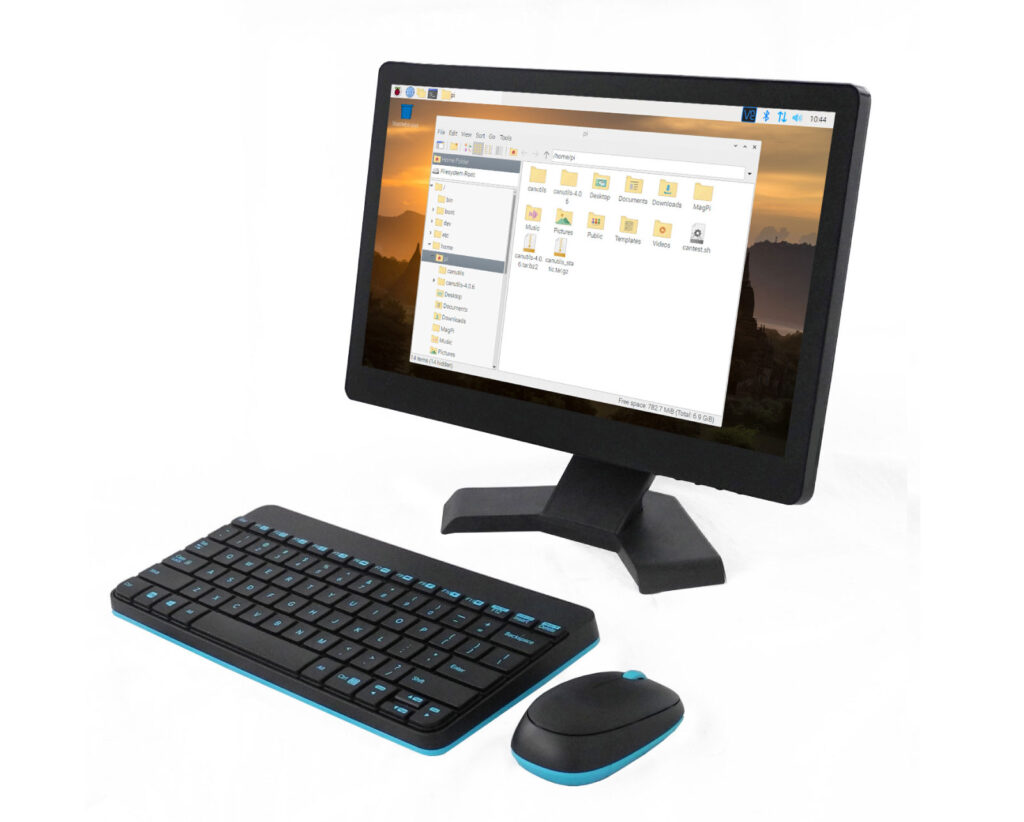 The AIO-CM4-156 features a full-HD 15.6” display (1920×1080) with an optional multi-point touch screen. The display also has a 2mm protective Armoplated Glass and an optional capacitive touchscreen.

The product comes with the CM4 module that features 2G DDR, and no WiFi, or eMMC.

The AIO-CM4-156 has Raspberry Pi CM4 at its core. You can download the official Raspberry Pi Linux distribution (Raspberry Pi OS) and turn it on without any modification. There is an available I/O connector that is 100% compatible with any Raspberry Pi cape, or extensions.

The product also comes with an adapter, with a standard Raspberry Pi HAT pinout, to add more flexibility to your project.

The AIO-CM4-156 is fully compatible with the Raspberry Pi 4 Linux distribution, there’s no need for extra software drivers. It comes pre-installed with Debian OS, but you can install any other OS of your choice.

We use cookies to ensure that we give you the best experience on our website. If you continue to use this site we will assume that you are happy with it. For more information please refer to our privacy policy. Ok
Go to Top